Liquid Pictures is actively working with the California Innocence Project (CIP), developing pro bono videos to help exonerate Rodney Patrick McNeal, who has been wrongfully imprisoned for over 17 years. So far we have developed four animations to help Patrick's case.

The first, a timeline which showed that Patrick was at work while his pregnant wife was brutally murdered at home. There are witnesses and phone records which prove his location. However, Patrick is a black man and his wife was a white woman, so when the police arrived and found Patrick at the scene of the crime they assumed his guilt. And crucial evidence proving his innocence was not admitted during trial.

The second video we a narrative, a heartfelt story in Patrick's own words of what he has missed over the past 17 years. Patrick has never met his granddaughter (pictured here), and this is his call (literally from prison) to be heard.

The third video illustrates the paramedic's report that shows approximate time of death and proves Patrick's innocence. This crucial document was never admitted in court or entered as evidence during the trial.

The fourth and most recent video outlines all the key players in Patrick's case and how their roll played out during the trial. It demonstrates how the justice system failed Patrick and he is paying the price. 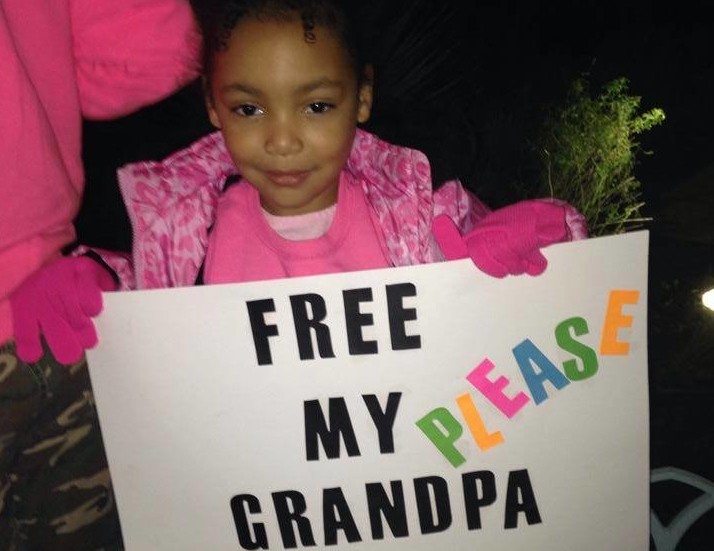 Here at Liquid Pictures, we feel it is our responsibility to give back to the community and often do pro bono work to help those in need. Rodney Patrick McNeal is one the "California 11" who the CIP has solid evidence to prove their innocence. For his full story, and others, please visit the California Innocence Project.